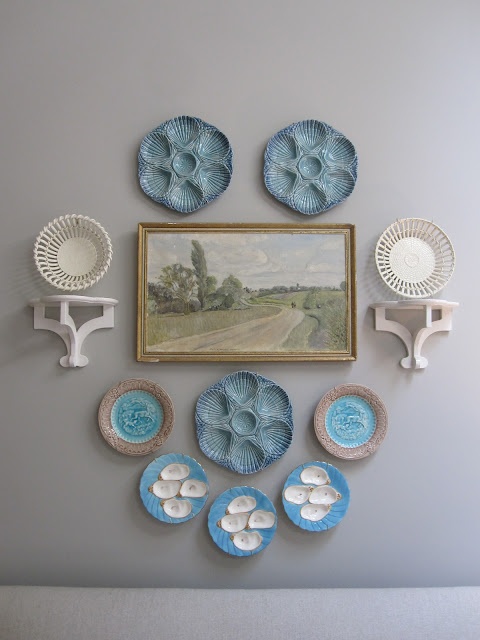 Imagine a summer day long ago, make it the Victorian era, somewhere in the countryside, of course, when there was no such thing as air conditioning, but there were sleeping porches and mosquito nets and lavish meals starting with oysters served on beautiful plates. 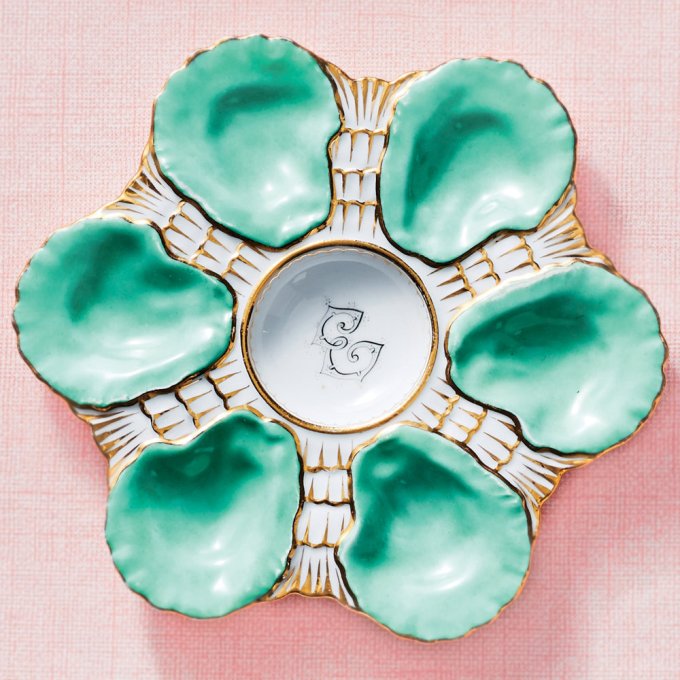 We don’t use oyster plates when we eat oysters anymore—much too fancy for our casual ways of living and dining (not to mention the fact that oysters were over-harvested after WWI and the plates contain high levels of lead). Which is all well and good, except that the plates are too lovely to forget about so they are collected and gathered and displayed as decorative objects now. So even if you don’t care for oysters at all, there is still something so charming about the vessels they were served on long ago. 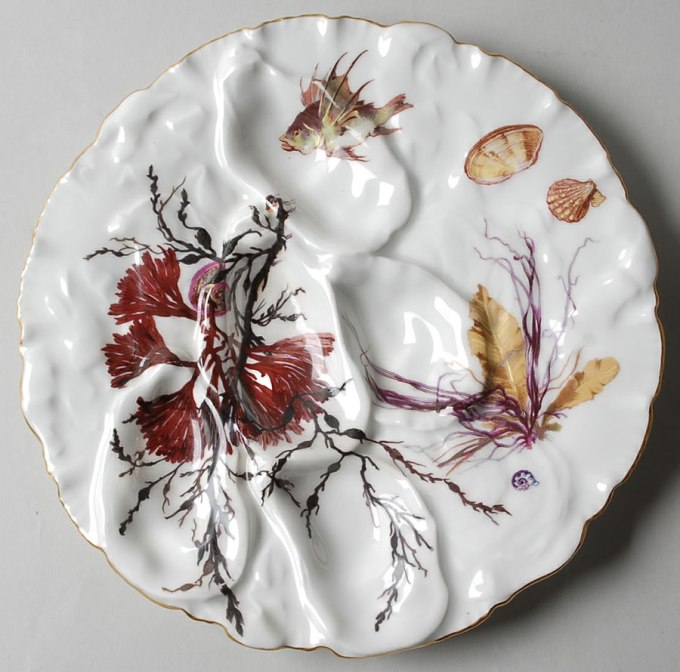 The plates, made of porcelain or pottery, were often hand-painted with floral or ocean motifs. There are three basic kinds: geometric (evenly spaced molds), turkey (molds in the shape of oyster beds which to some looks like a turkey), and kidney or crescent shaped (referring here to the shape of the plate itself rather than the pattern of the molds). 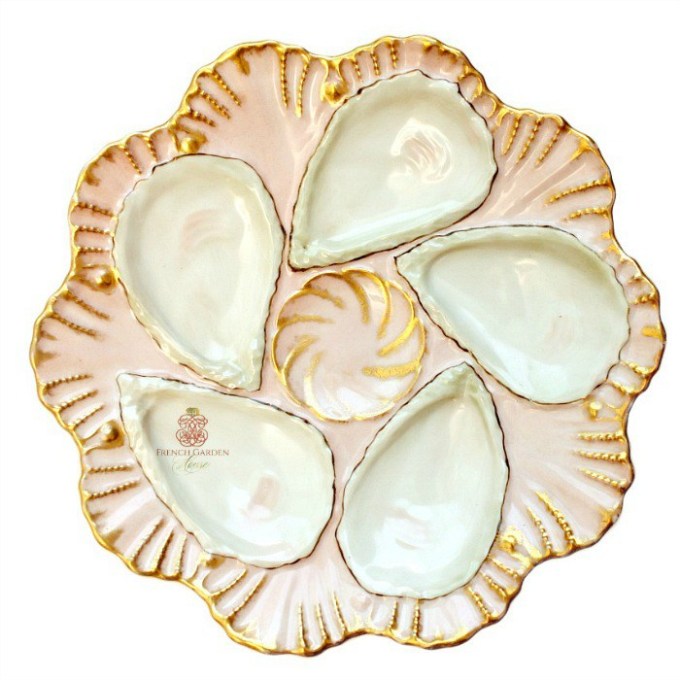 The first oyster plates had deep wells meant to hold some shaved ice, but these were damaged easily by the roughness of the oyster shells so that plates were redesigned with more moderate wells or rounded wells meant for shelled oysters in their liquid. 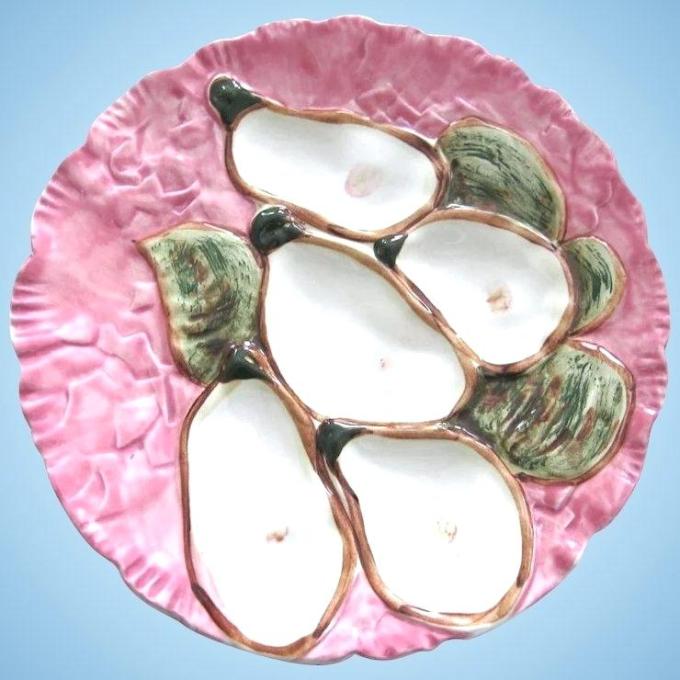 As with all collectibles, I don’t think there is a right or wrong way to buy. But some things to keep in mind: the older the plate the lighter and more delicate it will be (reproductions will be heavier and sturdier), prices for antique plates range from $100-$3,000, and those in pristine condition, those made from Majolica pottery and French oyster plates are the most highly sought after styles. 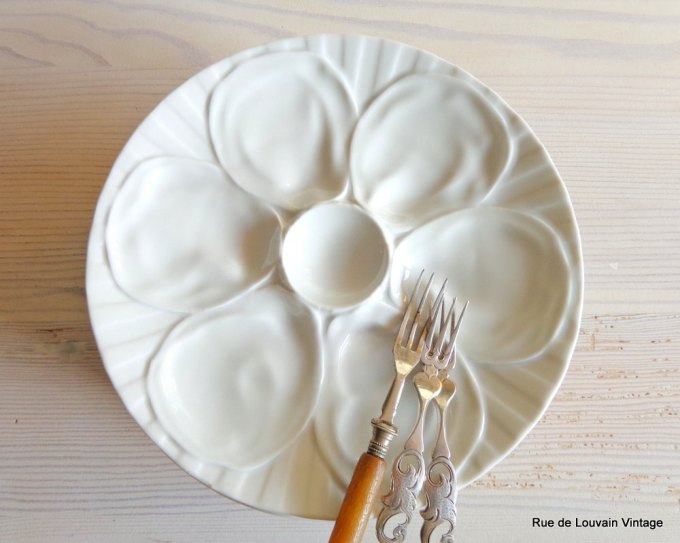 I for one, thank the Victorians and their properness for these oddly enchanting plates that hardly seem suitable for the very thing that they were made to hold, but seem exactly right on display in china cabinets and hanging on walls for us to admire. 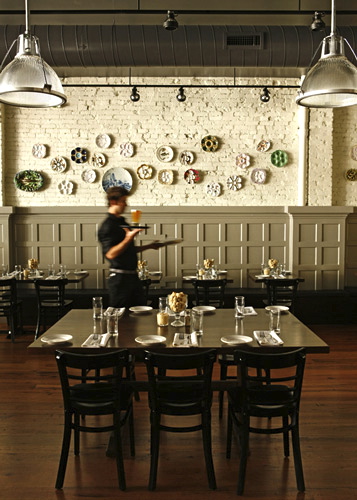