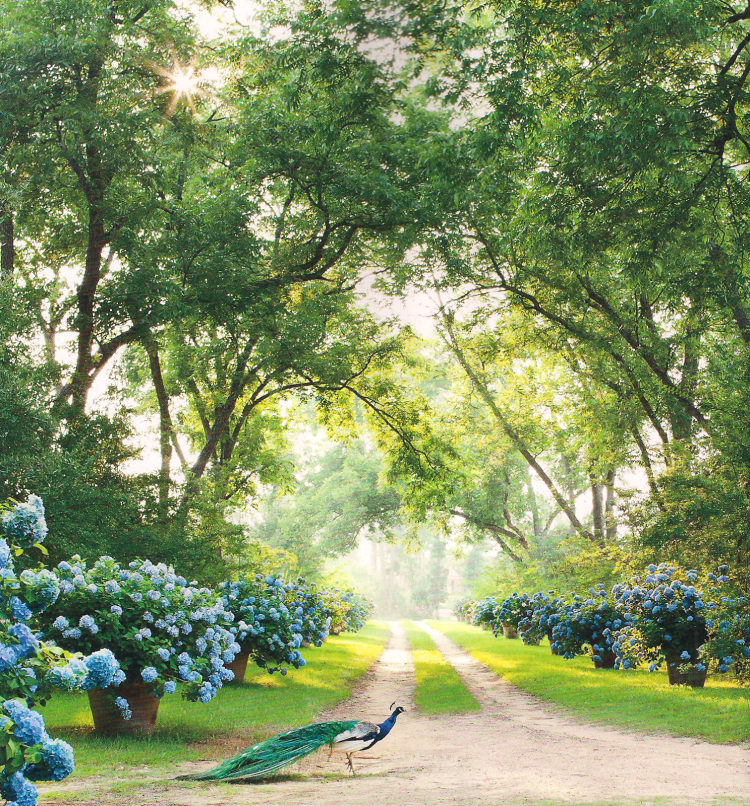 This is what I would call an enchanting entrance, and it leads (so I am told) to an enchanting place. Who wouldn’t want to follow that dirt road?

Furlow Gatewood, in his late nineties now, was born and raised in Americus, Georgia and his cluster of houses, where he currently resides, are part of his families’ original property. There is a main barn, three houses, and several outbuildings and gardens. After some time in Manhattan and Savannah, Gatewood returned to Americus and began his work designing, decorating, and living here.

He is self-taught and often begins a project without planning but relies, he says, on his vision and instinct. His knowledge about architecture, design, and antiques (not to mention “the art of living”) is widely respected and sought after. Those who know him describe him as the quintessential Southern gentleman with an exquisite eye for what is beautiful and interesting to him. There is a touch of whimsy to his style that is utterly inimitable. (See one of his rooms in previous post here.)

What I admire so much about Furlow Gatewood’s philosophy is his unstudied, yet classical approach to outfitting a room, and his willingness to take small risks that seem to say: “Just don’t take it all too seriously.”

Lovely details ~
Dream garden, garden for dreaming 🌳🌳
an elegant corner for Tuesday (I could paint an entire house in this color just because I love the name “old white” @farrowandball)
Ready for a good long bath. How about you? ~
pretty papered pantry 🌳🌳~
Good morning Monday 🌳🌳kitchen garden in spring ~ image @eva_nemeth @arnemaynardgardendesign @houseandgardenuk
Loading Comments...
Comment
×